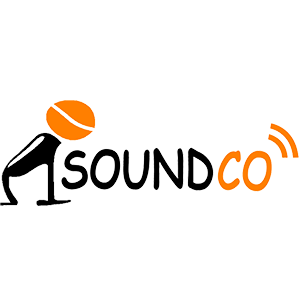 PX-1400 Power amplifier is an audio amplifier with an effective power of 5200 watts in two stereo channels, which can easily run up to eight 650 watts speakers with an impedance of 8 ohms. The intelligent design of the amplifier circuit will be 1000 watts when connecting a speaker with an impedance of 8 ohms. If we connect two speakers with an impedance of 8 ohms with a power equal to 1400 watts, and if we connect 4 speakers with the mentioned impedance, we will have a power equal to 2600 watts in each channel of this power. Soundco power amplifier model PX-1400 reacts against short circuit by cutting off the output circuit, making the consumer feel comfortable during use. The presence of an audio compressor switch to prevent audio fluctuations, along with a power control switch to reduce sound loss in long distances, with the ability to adjust to 1.4 V, 1.0 V and 0.77 V, is one of the features of this powerful power amplifier. Soundco power amplifier model PX-1400 is equipped with a MODE key to select the type of input in three modes: stereo and parallel or bridge, which will be effective in the connector input method for signal input to the amplifier device. This amplifier can be used to increase the number of speakers in religious and musical ceremonies, in open and closed spaces. Just connect two stereo cables from the output line of the mixer and power mixer to the input line of the power amplifier Soundco model PX-1400 so that you can start 2 to 8 passive speakers from the power output of this device.